Opportunities are always there, constantly. Everything that happens is an opportunity, we just need to be able to recognize what each one is for. If we don’t take advantage of them, others will. Of all the opportunities that we have taken advantage of at Otsu, the one that probably makes me feel the proudest was the opportunity that presented itself with the English school, Opening.

In the second half of the 90’s there was a fever in Spain to learn English. Among all of the systems there was one that spread and was very successful: using a combination of multimedia and classroom based classes. Opening was one of the leading franchises in the sector and we chose it as the trademark that we would become part of. 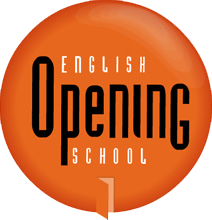 We opened the first academy in Alicante in 1999. It was a brilliant success. The results were phenomenal, so we opened a second academy. However, the system had one special feature: everybody paid in advance for their course, a minimum of one year. In 2002, Opening called an urgent meeting with all of their franchisees. We all feared the worst, and that’s what it turned out to be: Opening was bankrupt. They explained that on that September 1, ALL of their corporate centers would close their doors for good, leaving thousands of students, who had already paid for their courses, on the street. The franchises decided to close en masse as well. Legally, they explained that it was the most convenient thing to do.

Jorge and I returned to Alicante and we sat down to talk about it: but there wasn’t anything to talk about. It was the perfect opportunity for us to demonstrate that we wouldn’t fail to fulfill our agreement: we had been telling everybody for years that they could pay in advance without worrying, that we would follow through. We changed the brand and the corporate image, we finished the academic offer that we started and we carried on. We lost money in the two following years (Opening’s case was a tsunami in the sector). However, we gained a reputation in Alicante as being bomb-proof: suppliers, banks, commercial location owners… everybody referred to us as “the Opening academy that didn’t close” and they gave us good credit as very reliable associates. After the second year, the business got back on track and we were back to positive numbers.

We had taken advantage of two opportunities that came from this situation: we had showed everyone how we react when it is easier to simply not fulfill your promises and in this way we gained credibility with associates, employees, providers, banks, etc.; we had also maintained a business that continued to be profitable. Since then we have gotten, and continue to get, the recognition for what was only an obligation, and far from becoming a punishment, was changed into an enormous opportunity.

1. In everything that happens in life, there is an opportunity. It is a matter of finding it and taking advantage of it, although the most difficult thing to do is always to FIND IT.

2. Much of the time, an OPPORTUNITY THAT IS NOT TAKEN ADVANTAGE OF changes into something dangerous, a THREAT.

3. When we are faced with a “problem” we must escape from our feelings of anxiety and be creative to be able to change our “problem” into an OPPORTUNITY.